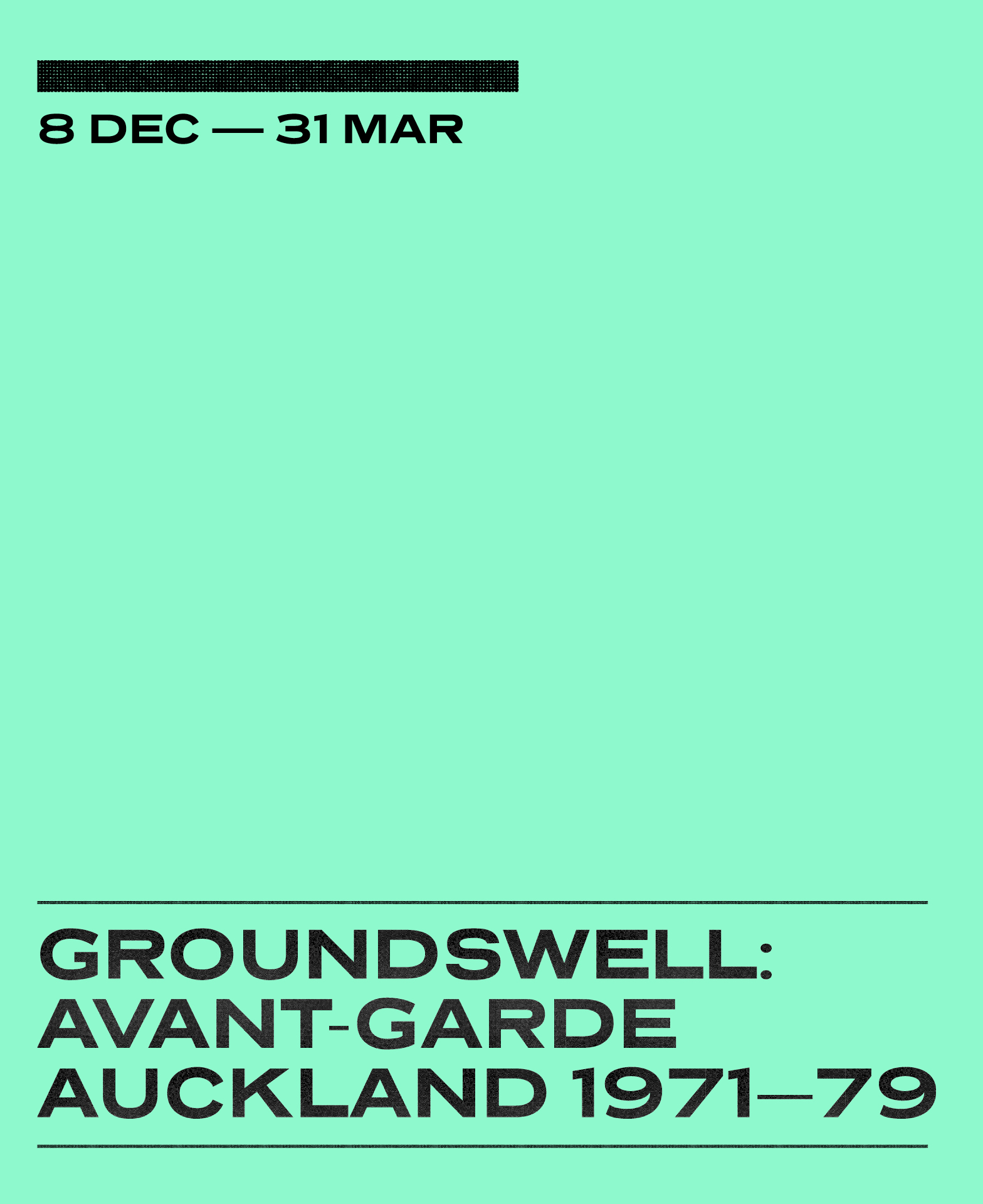 The 1970s saw the development of highly experimental art-making in Auckland. Over this decade the city’s leading art institutions supported a cluster of energetic artists as they brought about change. Audiences experienced what are known as ‘happenings’ – kinds of performances in which sculpture as it had traditionally been understood was transformed.

Groundswell: Avant-Garde Auckland 1971–79 focuses on this unique period and the expansion of art into new forms and media in novel and shifting settings.

The exhibition centres around the influential role of leading artist and teacher Jim Allen, and the fertile relationship he helped build between the Elam School of Fine Arts and Auckland Art Gallery. For the first time in decades a group of artists from this largely forgotten era of experimentation are drawn together to reflect on the avant-garde of a previous generation.

In conversation: Natasha Conland on Groundswell

Panel Discussion: Out of Time